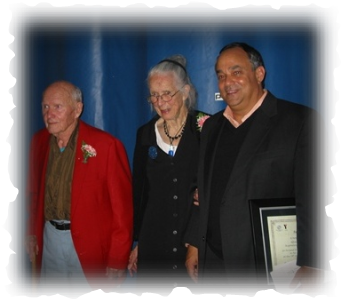 Mardie Brown completed a triathlon at age 80. She held multiple National age group records in the Master’s Swim program.  Mardie passed away at age 92 on June 2, 2009.

Donald “Doc” Brown played tennis and racquetball into his 90’s, and continued to work out at Champions Fitness Club into his 99th year. Doc died at age 100 on July 10, 2010.

Doc & Mardie were exceptional individuals that maximized what life offered, we honor their memory with the Doc & Mardie 5k so that their passion for life can live on through us.